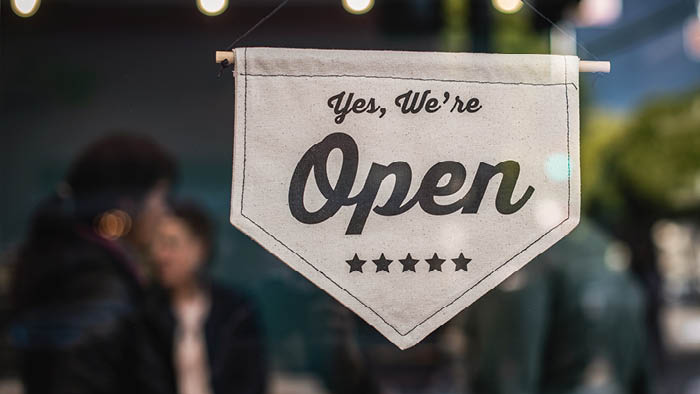 Reposted with permission from

You wouldn’t know it by watching the Nasdaq, but scores of Americans are experiencing deep economic pain. Even as the economy begins to claw back lost jobs, millions of others are losing work with little to no hope of a return.

While politicians, policy makers, and the Fed scheme the best way to revive the economy and support the hardest hit Americans, an often overlooked group of institutions plays a vital role in the economic recovery: churches.

Ever since Max Weber penned The Protestant Ethic and the Spirit of Capitalism in 1905, economists have debated what role religion plays in the economy. It turns out, quite a bit. According to research by Brian Grim and Melissa Grim, published in the Interdisciplinary Journal of Research on Religion, faith communities in the United States contribute 1.2 trillion to the economy each year.

The research, which includes religious congregations ($418 billion), religious institutions ($303 billion), and faith-based or faith-related businesses ($437 billion), sheds particular light on how religious faith can play an important societal role in the economic recovery.

Far from being too heavenly minded to be any earthly good, faith communities are concerned to participate in economic growth. You’ve likely heard about a manipulative offshoot of Christianity called the prosperity gospel. This isn’t that. Rather, congregations are motivated by a concern for the wellbeing of all people, especially those who are disproportionately vulnerable in times of economic hardship.

How can faith communities participate in economic vitality and recovery?

In the early months of the pandemic, Chris Brooks, senior pastor at Woodside Bible Church outside of Detroit, Michigan, invited his congregation of 10,000 members to participate in “take-out Tuesdays,” an initiative to support local restaurants deeply hurt by the shutdown. As a result, thousands of people, motivated by faith, have intentionally focused their spending for the good of their community.

Churches can direct their dollars not only by generous giving, but also wisely allocated spending. Pastor Brooks understands that generosity and loving one’s neighbor can come through economic exchange.

Churches provide thick relational networks that offer relational support and an economic safety net. The pandemic has forced nearly 45 million people to apply to receive jobless benefits in the past several months. Even with record numbers of people receiving help, a study by One Fair Wage showed that as many as 44% of restaurant workers were denied benefits. If that number is even half right, it represents a massive amount of people falling through the cracks.

Watermark Church in Dallas, with a weekly attendance of 11,000 people, encourages all members to join a small group of 8-12 individuals to care for one another and grow spiritually. When the pandemic hit, Watermark asked all members of small groups to pay attention to economic needs of individuals in their group, and to redirect support normally given to the church to those in need.

With over 360,000 congregations in the United States, these kinds of organic safety nets relieve pressure from local, state, and federal governments, and provide support for people who would otherwise face dire circumstances.

Congregations play a role in helping people connect religious compassion with economic capacity. Research has demonstrated that religious communities impact economic outcomes by forming people to value austerity alongside generosity. In religious terms, wealth is to be built by virtuous exchange, and to be stewarded for the good of others.

The well-known biblical story of the good Samaritan (Luke 10:25-37) demonstrates not only heartfelt compassion for a helpless wounded man who had been robbed, but also wisely stewarded economic capacity — the Samaritan chose to pay for all expenses incurred for the man to be healed. The Samaritan had stewarded and built economic capacity to respond compassionately. Faith communities form congregants who view any possessions they have as assets to be stewarded for the good of others.

Finally, churches will play a role in the economic recovery by promoting economic justice for those on the margins. Much has been made of the racial wealth gaps in our country, and for good reason. Martin Luther King Jr. is remembered for his push for civil rights—many know the oft quoted line from his “I Have a Dream” speech:

“I have a dream that my four little children will one day live in a nation where they will not be judged by the color of their skin but by the content of their character.”

And a beautiful line it is. However, it should not be lost that the message of King’s speech, given at the March on Washington for Jobs and Freedom, put expanding economic opportunities for Black Americans alongside freedom from police brutality and mass incarceration. In that same speech, he wrote,

“Five score years ago, a great American, in whose symbolic shadow we stand today, signed the Emancipation Proclamation… One hundred years later, the Negro lives on a lonely island of poverty in the midst of a vast ocean of material prosperity…We cannot be satisfied as long as the Negro’s basic mobility is from a smaller ghetto to a larger one…We refuse to believe that there are insufficient funds in the great vaults of opportunity of this nation.”

The Bible is replete with cries for economic justice and expanding economic opportunity. For example, the gleaning laws in the Hebrew scriptures (Lev 19:9-10) called for those with land to give economic opportunity by allowing widows, orphans, and foreigners, to work to collect grain in the fields so they could provide for their families.

What has this looked like in faith communities? A church might see its physical building as an economic asset, offering office space for aspiring entrepreneurs looking for an affordable place to start their business, like Rose City Church in Pasadena, California. A church might use a building project as an opportunity to hire those in need of work in their communities, like Hope Community Church in Woodlawn, Illinois, who hired 50 workers off the streets over the course of two years. It might look like a church who identified an at risk population in those leaving the foster care system and started a cafe business to hire them, give them training and meaningful work, and a chance to grow skills that will serve them for years to come.

And these examples don’t include the scores of people of faith who are commissioned out of their congregations, and who bring a commitment to expand economic opportunity in their scattered work environments.

As we work to put the pieces of the fractured economy back together again, not merely returning to life as normal, but working for a more just and inclusive economy, the words of John Perkins, the civil rights activist, come to mind, “People need two things: Jesus and job.” If Perkins is right, the local church on the corner is not merely a place to find Jesus — it is a key outpost in our collective quest for a renewed economy.

Matt Rusten serves as the executive director for Made to Flourish. Rusten received his master of divinity degree from Trinity Evangelical Divinity School and has served in churches in North Dakota, the Chicago area, Kansas City, and most recently as pastor of spiritual formation at Blackhawk Church in Madison, Wisconsin. He and his wife, Margi, and their daughter, Olivia, and son, Owen, live in Kansas.
churchcommunitycurrent eventsministryoutreach

The most frequent command Jesus speaks in the Gospels is  Do not fear.  Why do…

My wife and I had the strangest experience the other day. We looked at our…

What Comes Next? This is the question I keep asking myself as we near the end…