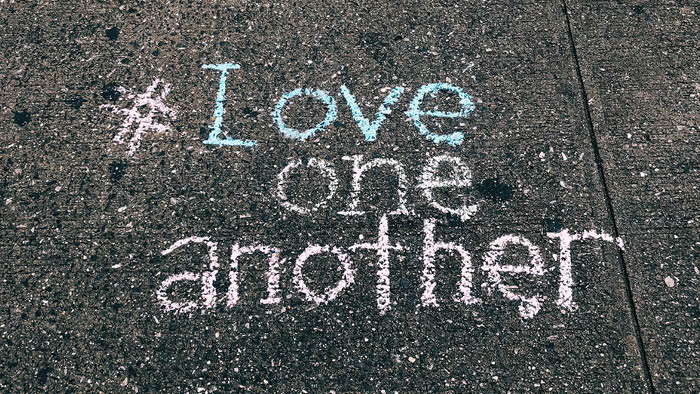 I am restless. There is a question I cannot get out of my head despite my best efforts.

How did we end up with two billion Christians in the world?

Or, to ask more provocatively – how did the early church go from a small, persecuted, hated minority to the only diverse (in wealth, gender, and ethnicity) religious movement the world has ever seen?

I ask that question because I believe in the promises of God. His plan for the world is not a spattering of churches scattered throughout the world. God’s plan for this world in His Scriptures are bold, outrageous even. Habakkuk says, The earth will be filled with the knowledge of the glory of the LORD as the waters cover the sea (2:14). Jesus Himself said, I will build my church, and the gates of hell shall not prevail against it. (Matthew 16:18). These promises are just the tip of the iceberg, and God has plans for every square inch of His creation.

Why, then, the decline on our square inch of creation, the United States?

Like a good pragmatic American, my first response is to ask, What did the early church do that we are not doing? That question is instructive. One of the key texts of the early church’s “New Members Class,” a text the early Christian scholar Origen tells us Christians knew by heart, was Isaiah 2, with words of peace promised to a world of war:

He shall judge between the nations,

and shall decide disputes for many peoples;

and they shall beat their swords into plowshares,

and their spears into pruning hooks;

Alan Kreider, in his book The Patient Ferment of the Early Church, says early Christians memorized this text because they were committed to loving their enemies. In that day, when a Roman citizen became a Christian, they almost certainly lost money (maybe even their job), lost relationships, lost reputation, faced insult, and at times even risked threats to their physical safety. So, the early church intentionally trained itself in love for enemies.

That is interesting, and memorizing Isaiah 2 might be a good idea for my own discipleship and growth in loving my enemies, but it doesn’t answer my question. What enabled the people of the early church to love their enemies?

Kreider points out that the early church had an almost irrational level of confidence, much like my nine pound miniature dachshund (think hot dog, like Oscar Mayer; also, if it’s not clear, this is my illustration, not Kreider’s). My dog has the confidence level of a military tank. If you walk onto our property, he will prepare himself for attack, not realizing he is actually an old dachshund that basically has no teeth.

The early church did not look at the surrounding world of Rome and fear their persecutors, or their enemies. Instead, Kreider writes:

During the early centuries the Christians gave the impression of being confidently powerful. Why? In part because they believed the struggles they were involved in were above all, spiritual. They saw themselves as fighting not primarily against humans or institutions but against spiritual forces that were hostile to them and that impeded human flourishing….The demons did have power – their role in engineering the crucifixion of Jesus was evidence of this. But the believers confessed that on the cross Jesus had exposed the true nature of the demonic powers and vanquished them. And not only that – he also, through the Holy Spirit, had unleashed unimagined spiritual power for good in the world. The Christians claimed they had access to that power.

I have my answer.

In the last year, we have processed a pandemic together, rioting, racial injustice, political upheaval, and violence. Christians have asked me to read, listen to, and watch a LOT of things. Social media posts. Articles. Podcasts. YouTube videos of someone “destroying” another argument.

But I can count on just one hand the number of times someone has told me what they have heard from God through prayer. Through Scripture. Through the Spirit of God.

Despite the decline in the American church, I am not worried. Unimagined spiritual power for good has been unleashed in the world through the resurrection of Jesus. We have access to that power.

What is a person worth?

I love garage sales. Not just because of the great finds you can come across…

Can You Celebrate Easter Without Lent?

Lent is the 40-day period leading up to Easter, beginning with Ash Wednesday, culminating with…

Learning to Trust (and Love) the Bible

My relationship with the Bible has always been one of intense love...and at times almost…