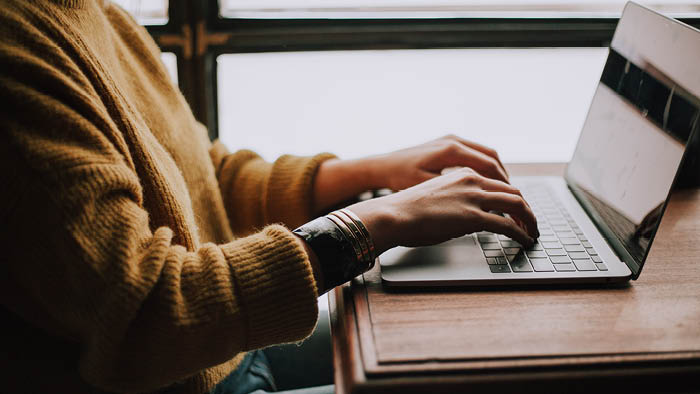 In Matthew 7:14, Jesus warns us to avoid the wide path that leads to destruction and instead to follow Him on the narrow path that leads to life. For much of my Christian life, I thought that meant I had two choices: to follow Jesus or to follow nothing. I pictured Jesus’ narrow path as the rugged mountain trail, arduous and always upward to the summit. The wide path was like a lazy river, drifting passively through life, no direction and no purpose.

But I’m no longer sure that’s the right analogy.

The real danger of the wide path Jesus talked about is not a lack of direction, but the presence of misdirection. It is not passive and aimless. It is active and purposeful, just like the narrow one. The difference is where they lead: following Christ leads to life, following anyone or anything else leads to death.

James K.A. Smith, author of Desiring the Kingdom, gives the wide path even more nuance. Example after example in his book show that the spaces we inhabit, the books we read, the television we watch, and the music we play all shape us and move us down one path or another. In other words, all of life is liturgy, a means of formation and worship, either unto Christ or unto something else. His best illustration is the truly spiritual nature of shopping at the mall – walking past images meant to arouse and inspire the spending of money to make us feel better, look better, and be better. This is part of the wide path Jesus talks about- an intentional and powerful but ultimately dead end journey of spiritual formation.

What even Smith could not have imagined was when the mall grew a mind of its own. I’m talking now of the powerful algorithms and analytics of what is sometimes called “Big Tech.” As companies like Google, Twitter, and Facebook have grown in popularity and influence, so too has their temptation to use that influence to shape users. If you don’t believe me, just Google search (oh the irony) “big tech algorithm” and read the dystopian headlines. Here is one that got my attention: in 2014, Facebook apologized for purposefully experimenting with over half a million users’ emotions by manipulating the number of positive or negative posts on their feed. With mental illness, depression, and anxiety on the rise, this was a dangerous game to play and was met with public outcry. The stated reason for this idea? To refine powerful algorithms designed to cater news feeds to specific users.

Here’s another one: Caroline O’Donovan of Buzzfeed wrote just this year about YouTube and its inability to control its own recommendation algorithm. She and several colleagues reported that, despite promises from the company to fix its “what’s next” feature, it took only nine clicks to get from an innocuous PBS documentary to a highly partisan and divisive clip from a known hate group. Yikes. In fact, what O’Donovan found is that the YouTube algorithm jumped very quickly to partisan content with little prompting from the user.

Why do I bring all of this up?

I am beginning to wonder if the content we consume on the internet is growing in its ability to consume us back.

We are increasingly (though subtly) influenced where to go and how to feel when we are online. Let’s call it what it is: the internet is a potential catalog of “wide paths” of spiritual formation designed to take us somewhere we may not want to go, or flat out should not go.

In some ways, this is nothing new. Christians have been saying the same thing for years about all forms of media and entertainment. But this feels different to me. It’s more personal and weaponized by powerful tools we haven’t considered before. I am no expert, and want to keep thinking about this, but for now, here are a few thoughts on staying on the straight and narrow path.

Spend less time on social media. These tools are not necessarily bad, but they are not neutral either. They are designed to keep you engaged for hours and hours, and to shape you in ways that keep you coming back. Be intentional with the amount of time you spend online. Set a timer. Use the App Limits constraints on your smartphone. Put your phone away when you’re done.

Pick a reason to go online and stick to it. I often find myself browsing Twitter, Facebook, or YouTube because I’m bored. This is absolutely the worst reason to go online. If I have no reason to be on there, you can bet those platforms will find a reason to keep me there. If you want to simply check on friends, see how an event went, or catch new photos of the grandkids, great! But stick to that and sign off when you’re done.

Evaluate your daily liturgy. James K.A. Smith is right: every day you are on a spiritual formation path. Every minute of your week is formational. Take an audit of how you spend your time. How do your choices shape you? Compared to other activities (especially TV, video games, and internet time), how often are you practicing God’s presence in silence, prayer, Bible reading, and study? If the difference is stark, what changes can you implement to make room for Jesus’ narrow path in your life again? How can you take other time in your day, at work, at school, or at home, to invite God’s presence into what you are already doing?

Here’s a crazy thought: pray through your Facebook feed. Talk to God about what is trending on Twitter. Use YouTube to listen to speakers and thinkers who can help you grow in faith.

Abraham Kuyper famously said, “There is not a square inch in the whole domain of our human existence over which Christ, who is Sovereign over all, does not cry, ‘Mine!’” That includes cyberspace! Who knows how God might use His people as a faithful presence online, if only we made room for Him there.

I do not say any of these things as one who practices them perfectly. I’d love your thoughts on how to do this better.