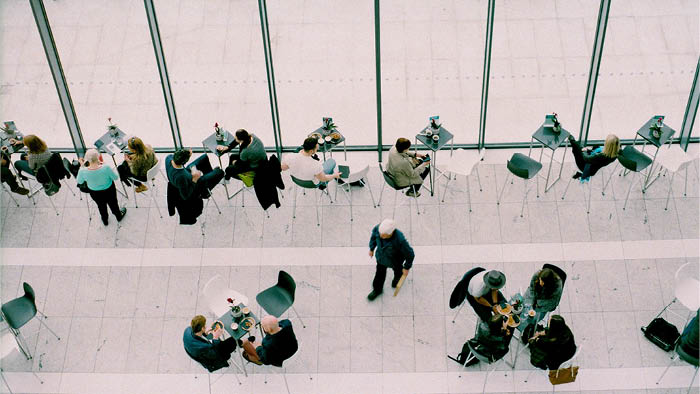 What Hollywood taught me about human dignity…

When I was about twelve or thirteen, I went to see the movie Gattaca. If you don’t recall, it’s about a future society in which humans are no longer the fruit of love between two parents, but are genetically engineered to increasing standards of perfection. Those who were not engineered, like the main character Vincent (played by Ethan Hawk), society deems “invalid” and restricts their level of education and opportunity. Only the “valids,” those humans designed in a laboratory, are worthy of real societal empowerment and investment.

I remember walking out of the theater thinking the movie was pretty good. But it was just a movie. Most audiences agreed with me, as it had only modest reception at the time. But looking back now, its central message seems more prescient than ever, not only in that we are on the verge of nonfiction designer babies, of actually practicing what the writers of Gattaca only imagined, but because the film puts its finger on the philosophical and theological questions that still haunt us today when it comes to human value and dignity.

In the twenty years since the film’s release, my sense is that we have not advanced that discussion one bit. We are still circling around the same categories, the same arguments, the same impasse. Even Gattaca struggles to answer its most important questions. One of my favorite lines is narrated by the main character: “I’ll never understand what possessed my mother to put her faith in God’s hands, rather than her local geneticist.” Vincent is describing his own origins as one who was conceived and born naturally, that is, from a father and mother. He can only describe that process with an appeal to God. Here the filmmakers have identified the crux of the matter: are humans more than genes? And if they are, what do we mean by that? How do we describe that something that makes us more? The message of film—and you can feel it throughout—wants so desperately to do just that, to articulate that we are more. But even at its crescendo, the conclusion, the most it can say is that there is something unquantifiable about being human. As the tagline put it, “There is no gene for the human spirit.”But that’s it.

This capitulation, I think, is why we are stuck. Every time we start to talk about human dignity and human rights,  we invariably hit our heads on the philosophical ceiling that hangs over all of Western society. The ceiling that says, “here, and no further.” There are lots of ways to describe it, but Charles Taylor has probably done it the best in his book A Secular Age. He called it the “immanent frame.”

How the immanent frame is a conversation killer…

The immanent frame, for our purposes, is the basic philosophical principle that any concept of transcendence, anything worth talking about beyond what we can measure empirically, is off limits. Immanence, what is right it front of our senses, is all that matters. It’s all that is real. We have moved on from appeals to the divine or supernatural in how we understand the world, and consequently, in how we understand ourselves.

Obvious examples abound. This constraint is part of the deep skepticism toward religious belief that has become more prevalent in our society and explains (in part) the church’s waning influence in culture-making institutions. So much of what Christianity has to say about truth is beyond the boundary line that more and more people are hesitant to cross: the line of transcendence.

This same dynamic has been at play in so much of the discussion around human dignity and worth. Appeals to the transcendence of human beings, inherent value, are dismissed out of hand, and must be for the immanent frame to survive. If we want to root human dignity in something, it must be something we can taste, touch, hear, see, and smell. This is especially evident in discussions around the beginning and end of life.

I was recently reading the New York Times opinion article, “Why The Fight Over Abortion Is Unrelenting,” by Thomas Edsall. In it he quotes anthropology professor emerita Sarah Hrdy of the University of California, Davis, who asserts that before we can talk about abortion and women’s rights, we need to first understand male coercion of female primates as a primary scientific and philosophical backdrop. Regardless of what you think of that idea (honestly, I laughed out loud), it illustrates the point. Here is an incredibly immanent explanation for how men and women treat each other, and why men have always demanded a say in female sexuality.

This approach is consistent, but has devastating consequences. If human dignity is not based upon a transcendent metaphysical principle (like, all humans are by definition valuable because they are made in the image of God), then all we have left are human capacities. One need not think too hard about this to realize the Pandora’s box that it opens. If human worth is based on capacity, then why protect the unborn? They can’t do anything. Why fight for the aging? They are no longer real contributors to society.

What if, for example, we decided that certain races of humans had less capacity for intelligence than others? Hello, eugenics movement!

What if we decided that having a genetic disorder, like Down’s syndrome, made you less than fully human? Hey there, Iceland! (Iceland has virtually eliminated Down’s syndrome through elective abortion).

What if we decided to measure human worth by self-awareness or sentience? Enter Peter Singer, leading bioethicist at Princeton, who has publicly endorsed infanticide up to the age of one on that very basis.

On this last example, there was real public outcry. Surely that action is wrong! But wham, we hit our heads on the immanent frame again. There is no argument against it without appealing to something more. Don’t blame poor Peter Singer for being consistent.

If humanity has no transcendent value at all, then dignity is up for grabs.

Singer’s opinion is just as valid as anyone else’s. And round and round the conversation goes.

Cracks in the frame…

Ross Douthat, another writer for the New York Times, recently tweeted about an exchange he had with friends over dinner (by the way, how do you cite Twitter? What a time to be alive!). He asked his friends if they believed in ghosts. Of course, not a single hand went up. But the woman next to Douthat leaned over and said, “I don’t believe in them, but I’ve seen one.”

The same dynamic, I think, is at play in human dignity. If there are cracks in the immanent frame, this contradiction is a big one. We may not “believe” in transcendent human worth, but we’ve seen it. Just think about it. Do you know anyone who truly believes human beings are a collection of cells and chemicals? Almost everyone I have talked to knows through and through the inherent value of people even if they can’t articulate it.

Here’s the deal: as Christians, we have the best definition of human worth. It goes all the way back to Genesis 1:26 in the declaration of God Himself: “Let us make humanity in our image” (ESV).

This has been the foundational passage on which all discussion of human worth is based in Western society. Our secular friends are simply trying to have their cake and eat it too, to uplift humanity as something special without appeal to divine creation. My opinion? It won’t work.

So what do we do in the meantime? How do we push on these cracks in the immanent frame? A concluding thought for the church:

Human dignity is not an argument to win. It’s a mission to be lived out.

I believe that, as Christians, we have a strong logical case for human dignity. I’ve laid out some of it here. But logic alone is not very compelling, nor is it all that God asks of His people. I’m afraid that Christians in the United States have a reputation for wanting to win arguments around human dignity without actually loving people. Fair or unfair, we should take that criticism seriously. In Jesus’ kingdom, it is never enough to be right. One must also be good. Can we practice what we preach? Can we backup our high view of human life with a high commitment to helping others, especially those whom our culture struggles to love? Can we, as Peter admonishes us,

“live such good lives among the pagans that, though they accuse you of doing wrong, they may see your good deeds and glorify God on the day he visits” (1 Peter 2:12 NIV)?

Here’s my suggestion to help us do this. Let’s sing ourselves an old song, with one emendation: Jesus loves THEM this I know, for the Bible tells me so.  I think we would do well to remember that, yes, Jesus loves me, but He also loves them, whoever “them” happens to be in society. Just like the “invalids” in Gattaca, every culture has a “them,” a less than. Christianity has always been known, at its best, to love them well. There is a reason the church has exploded in places like India, where the gospel radically challenges the caste system and raises the dignity of the Dalit, the “untouchables.” It was on the basis of human dignity that chattel slavery was eradicated in the Western world, though it took way too long for that to happen. There’s a reason the Christian faith thrived in Rome, even under heavy persecution, because Christians protected exposed infants meant to die and willingly sacrificed themselves to love others during the plague.

If anything gets society’s attention, it is a commitment to all human life, regardless of color, gender, creed, physical and mental capacity, or sexuality.

This commitment in particular to human life changed an empire not too long ago.

The immanent frame looks strong. But God’s love is stronger. May we wield it well.