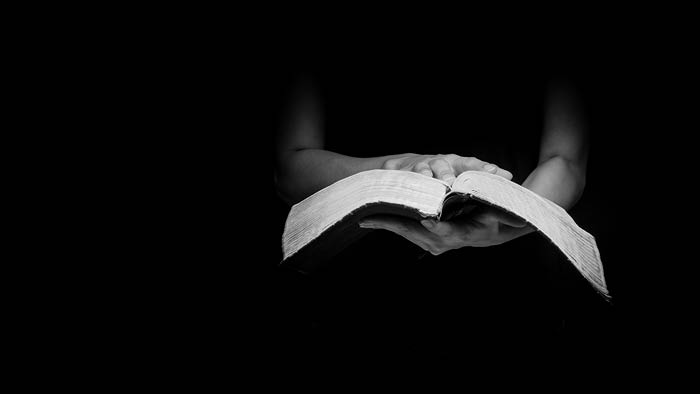 Having an awareness and knowledge of Satan’s work is vital for Christians. In his latest book, Against the Darkness: The Doctrine of Angels, Satan, and Demons, theologian Graham Cole argues that given the increasing secular cultural context in which many western Christians live, this awareness is difficult. Citing the work of Harry Blamires who was writing in the mid-1960s, Cole explains the “defining characteristics” of the Christian mind:

In a classic work about the loss of the Christian mind to secular thinking, Harry Blamires articulates the defining characteristics of the Christian mind in terms of its supernatural orientation, its conception of truth, its acceptance of authority, its concern for the person, and its sacramental cast (“sacramental” broadly understood) (Cole, Against the Darkness, 106).

Restoring and maintaining this supernatural orientation of Christian thinking is a necessary element in understanding and practicing the way of Jesus. To help us in this restoration and maintenance, Cole takes us to the Apostle Paul’s second letter to the Corinthian church and points out four key passages that address Satan and his works.

First, Paul states that he knows, that is, he is not ignorant of Satan’s designs (lit. “thoughts”).

“Anyone whom you forgive, I also forgive. Indeed, what I have forgiven, if I have forgiven anything, has been for your sake in the presence of Christ, so that we would not be outwitted by Satan; for we are not ignorant of his designs.” (2 Corinthians 2:10–11 ESV)

A couple of key observations. One, it is very possible for us—even as Christians—to be “outwitted by Satan.” Two, the outwitting that Satan does can be in the area of unforgiveness. Cole writes, “The devil attacks in the realm of the interpersonal. Without forgiveness, relationships that have broken or strained cannot even begin to be repaired” (Cole, Against the Darkness, 106).

Are we aware that the unforgiveness that keeps relationships broken is a device, a scheme, a work of Satan? Have you thought about the practice of forgiveness as a key “weapon” in “spiritual warfare”?

The second passage Cole highlights is 2 Cor 4:3-5 where Paul refers to Satan as the “god of this world” (or “god of this age” NIV).

“And even if our gospel is veiled, it is veiled to those who are perishing. In their case the god of this world has blinded the minds of the unbelievers, to keep them from seeing the light of the gospel of the glory of Christ, who is the image of God. For what we proclaim is not ourselves, but Jesus Christ as Lord, with ourselves as your servants for Jesus’ sake.” (2 Corinthians 4:3–5 ESV)

Another way that the Evil One is at work is blinding those who have not believed. They are not seeing, understanding, receiving, and giving their allegiance to Jesus and the good news He proclaimed. Cole points out that Paul doesn’t explain how this blinding happens, but highlights that it is significant that Paul calls attention to the “mind” rather than the emotions as the location of the blinding (see Cole, 107).

Third, Cole draws our attention to 2 Cor 11:2-3. Here Paul uses the metaphor of marriage. The Corinthian church is like a bride engaged to Jesus, but Paul is worried that they are straying to another lover.

“For I feel a divine jealousy for you, since I betrothed you to one husband, to present you as a pure virgin to Christ. But I am afraid that as the serpent deceived Eve by his cunning, your thoughts will be led astray from a sincere and pure devotion to Christ.” (2 Corinthians 11:2–3 ESV)

Cole notes that drawing away happens when false teachers and Satan present themselves to believers as “angels of light.” They seem to be teaching something true and good and beautiful when, in fact, it is actually something false and bad and ugly (see 2 Cor 11:13-15). Once again, notice that it is our “thoughts” that are in view as the realm of the deception.

The final passage Cole looks at is 2 Cor 12:7 where Paul makes it clear that Satan can afflict not only the mind but also the body.

Paul here is writing about his own personal experience with a bodily ailment of some kind and he describes it as “a messenger of Satan.” Paul never tells the exact nature of this physical ailment, but whatever it was, Paul understood God had allowed it in his life to keep him humble and dependent on God. Now does this mean that every cold or hangnail has a direct Satanic origin? No. But it does remind us that Satan can be at work not just in the “immaterial” realm but in the material also, including our bodies. What is key to remember though, is that Paul says the “thorn was given.” The question is who gave it? Most commentators argue (I think rightly) that God is the one who gave it, which means that even though Satan is at work, he is not doing so outside the control and sovereignty of God.

Do not be unaware

As Christians living in the late modern world of the West, everything in the broader social imagination of culture pushes us to dismiss the supernatural (if we even think about the supernatural at all). Paul’s reminders here in 2 Corinthians are an encouragement to us to break out of that narrow, thin description of the world and into a deeper richer understanding of the creation we inhabit. One that includes a supernatural, personal, evil Satan, who Cole calls “the malevolent spoiler.” May we not be unaware of the Spoiler’s schemes. May we meet those schemes with the truth of God’s word, and in the confidence that the Enemy we face, while powerful, is ultimately defeated.